A Confederate Army for the War of the Spanish Succession 6

I have finally managed to get back to this project, after a prolonged gap. With the next big WSS game scheduled for mid-May I need to get the Confederate army finished (by "finished" I mean the word very loosely, more in the sense of enough done for this game).

So on with the a Palatine unit in Dutch service and the first two of four Imperialist units. these were originally Savoy regiments, who have been re-assigned for this project, so they were quick to put together, just needing new flags and the facings repainted where necessary. 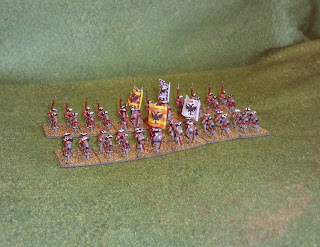 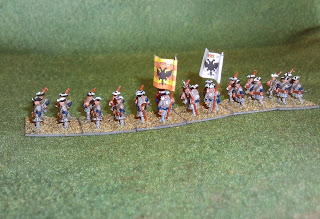 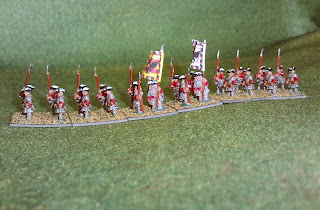 And the Palatine Regiment. As the Spanish campaign wore on the Dutch became increasingly reluctant to send Dutch soldiers to the cause, so hired troops from the Palatine of the Rhine to make up their manpower commitment. 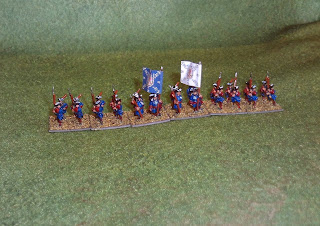